me and yw have fallen out with each other

bbq and stayover was fun. pics ltr. haven gotten them from zwing yet. for now, its sleep sleep sleep. screw pw.

so, our class went to watch death note yesterday at ps. wasnt that bad, just that none of us expected that there would be a 2nd movie, hence the to be continued. -_-

anyway, cesc got his ear pierced, yong wen got pretty piss, and shafiq went to mosque (how random)


anyway, there'll be a bbq at zwing's house on mon nite, i dunno the address, go ask her. and there'll be a night cycling on 28 oct nite to 29 oct morning. please try to make it, before we start preparing for any shitty re papers. tag if you're going

lastly, i still wonder how van got 57 for her maths


yong wen and i were in the boys toilet behind the hall today afternoon. well, we were gonna change into pe and go do some exercise. anyway thats not the point.


well we were stripping outside, not within the cubicles but still within the toilet dun worry, yup this girl jus came walking straight in. and at that point of time, our dear kuddy's pants were halfway down.

but dun worry, i doubt she saw a thing. she simply paused there, looked straight (not at us), turned arnd quickly and said oops sorry.

luckily i was talking to yw at the top of my voice. otherwise, she might have walk right through without even realising.lol

with the ongoing craze of folding cranes, many stuff must now change.


van shall no longer say, folds arms. now she must say, FOLDS CRANES.


cesc and i can no longer pool to chill. now, its, eh wanna fold cranes not?


during breaks, its no longer for doing tutorials. its crane folding time.

dearest S56,
although i havent been participating much in class activities and havent been hanging out with u guys much, but u guys are really a great bunch of ppl. all the fun we had in classes and the covering up for me when i poned. i can ask for nth more of classmates. i just hope i get promoted with u all. cuz if in the case i stay back, i dun think my class will be as fun as u guys. haize. thanks for everything!!!! :P love all.

Posted by LKT at

judging from the large amounts of leftover ice creams, you could tell the crowd wasnt exactly as large as imagined. (singaporeans and free ice creams, impossible to have leftovers!)

well, the babes were also frankly, not much hahaz. or maybe from where i was in the concourse, i dint get to spot much.

well well, enjoy before the results come back.


After the shocking news yesterday ( read www.we-all-need-sleep.blogspot.com) , the ministry has once again declared shocking news.


Project Work has been abolished.

Yes this seems so, according to the reports we have recieved so far, this scheme that has been implented for the past 5 years so far, has indeed been cancelled.

One official, who declines to be name (yet again) says that, " this scheme has not been beneficial. We've recieved numerous reports on its ineffectiveness, sleeping members etc."

When quried on the ministry's ever fluctuating stand on education policies, he said : " we must be flexible. what's gd ysterday, may not be so today" when probed further, he whispered: " actually hur, its just the new education minister X.L wants to suck up to the students only. everyday change here change there, he think we so free ar. Now u see la, we have to arrange PE teachers to do other things. so troublesome."

The new policy comes as a relief to students, who have been suffering under it.

cesc: i dun mind la, i also dun do much. is always cl do one.

jus kidding. not cancelled. now go do ur wr people

my bdae was, pretty fun


cept the fact that they bluff me we were gg to the zoo!


AND i had to pay service charge. geez!

Posted by vannessa at


cept the fact that the main character was late for an hour plus!


well, being the 2 main posters, me and cesc, failed to take any photos

well, if u count these 2 lousy pics as pics, den happy viewing 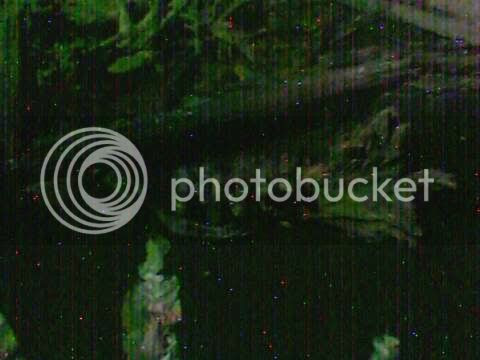 some pic of a croc in night safari i tink 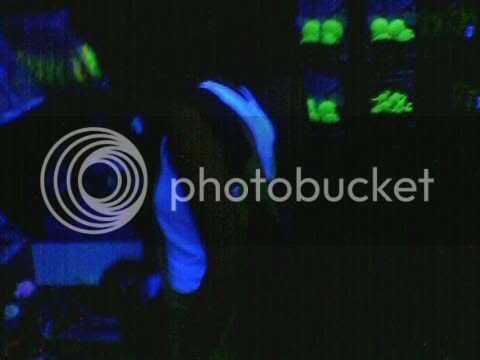 At just 2.16-inches, the SwissMiniGun (the name says it all ^^) is the world's smallest functional revolver, complete with ammunition - shoots tiny 0.35-inch long bullets.

This miniature Swiss-made revolver and its ammunition are painstakingly crafted using watchmaking technology. Looks like the little shooter could do some damage, propelling that tiny slug at 426.5 f/sec. out of the muzzle.

The Swiss sure do live up to their reputation ^^

No need to qualify for Euro 2008 leh! (but i totally digressed. lol)

new template's up. hopefully everyone likes it. tks to yong wen for some help provided. some minor tweaks here and there.